Let’s start with a koan

The teacher said, “I'm not asking about before the full moon, say a word or two about after the full moon.”
The teacher answered the question, “Every day is a good day.”

Gratitude comes with a feeling of openness, shyness, vulnerability. The person who is grateful can be hurt or rejected, she is taking a risk. With gratitude, there is more at stake, life is not small.

Gratitude can surprise me just the way a poem or a song can surprise me, and fling me into another wider air. When the ancient Chinese thought of waking up as intimacy, they were referring to an appreciation for trees and rivers, an appreciation so strong that it amounted to identification—what's outside of us is us too. They also meant that our own innermost experience leads us outward to connect.

Gratitude is an impulse that creates a community, it’s my contribution to living with others. It doesn't happen to me as a solo Ronin meditator practicing the dark arts of consciousness alone in a hut. Because of this and because other people are always doing unexpected things, gratitude has to confront anti-gratitude, bitterness, and despair. If we want to speak for gratitude we have to go down into desolation, damage, and hurt and find space to breathe exactly there. In that way gratitude is a path, as much as a feeling; it asks me to look where I'm putting my feet.

Gratitude is what we feel for every single thing that occurs since we would rather be alive than not, would rather be here than not and perhaps our only job is to celebrate being here, being happy for each other.

Airplanes are the little ships of our time, which is why people have hijacked them. They offer a view of our absurdity and virtue, drama in a confined space. The text on my Android phone read:

The departure estimate was pushed back from time to time, we were moved from one gate to another and another. The attendant at gate 24 was a tall, pale man with the aquiline nose of my Scottish grandfather and an air of disdain achieved through discipline and long practice. He didn't respond to queries about whether this was indeed the right gate, whether the plane had arrived, would arrive, what our ETA would be or why the plane hadn’t arrived. It was as if the questions had not been spoken.

This lead us to believe a story circulating about a couple from Alabama who had been waiting in the airport since yesterday for a hop to Monterey. They had finally boarded, but there the little plane still was, sitting on the runway as it had been for half an hour. There was no evidence it would move.

Then a man came into sight, carrying a nice, though well worn tan briefcase. He had a barely visible limp, which might have been fatigue or the briefcase or something more fundamental. His short red hair stuck up at angles and he wore a close curled red and grey beard. His clothes were wrinkled. People on a flight from SFO to Santa Barbara are usually understated but he wore a business shirt with a black ground and brightly pale stripes. Yahoo Answers (I looked it up) says about this kind of shirt, ‘Don't wear it at work unless your company values people who don't fit in.’ His eyes roved about and as he walked he began to talk at high volume. “Lost luggage!” he said, “Where’s my flight?”

A stir now ran through the passengers and we all watched him, feeling that the plot was at last moving ahead.

The new arrival then said some things I couldn't quite hear, “New York” perhaps. Little zigzags and red flames seemed to be coming from his pupils. The matron sitting next to me said, “I'm going to stay away from him.” In some ways though he was a union rep for lost passengers and Flying Dutchmen condemned to sail yet not arrive, and we were working out how far we wanted to accompany him, how much our disappointments matched his. The counter attendant was adequate to the challenge—neither his aloofness nor his air of condescension faltered.

“Luggage”, said the red haired man, baffled, bewildered, angry, “Five different gates!”
“Supervisor,” the attendant announced to the air around him, and picked up a phone.

The supervisor proved to be a calm, practical, black woman. I was looking forward to her performance and she made a promising start, “Hello,” she said.

“You lost my luggage, I’ve been to five gates, I had to take a meeting, I’m not used to flying commercial.”

“You moved me to five different gates,” he said, “You lost my luggage.” “The executives are corrupt”, “Corruption in the United Airlines board of directors,”  he said. This was clearly an escalation, equivalent to an attack on her bishop.

“I don't know anything about that,” she said, “I just talk to people.” This was a good moment.

“You lost my luggage and I had to take a meeting with the president of SONY in these clothes.” He reciprocated by opening his world to her. We could see his point. That shirt.

She was encouraging, “I’m sure you gave a fine account of yourself, Sir, and made a good impression on Mr. Sony.”

“I'm sure you spoke well for yourself I meant, you are good at that.”
“It was alright, but still. I fly myself, I have planes. I’m not used to flying commercial.”

“Your plane is on the ground now and we'll get you out of here. We just have to let the passengers get off.”

His eyes no longer emitted red flames, the zigzag pattern was gone from his pupils. He seemed to be grateful. She had not indicated by even a twitch that having to fly without your own pilot on a small commercial plane accompanied by soothing flight attendants is a first world problem with which some might not sympathize.

On the plane he sat across from me and fell asleep, his eye glasses tilted forward on his head, beginning to fall off. Then he jerked awake and asked, “Is this Santa Barbara?”

“What’s wrong, why haven't we taken off?”

“It’s alright. We're in a queue on the tarmac, we're getting there.”

The woman sitting next to him smiled across at me. And under our gaze he fell back to sleep.

In Santa Barbara he and I stood in the sun together waiting for our rides.
“You fly your own jet?”

“I used to have a Citation. I had a 707 too for Europe. I've hardly ever flown commercial, I don't think I like it. It’s too confusing. I don't think I'm going to do it again.”

“No I had pilots for that.”

His ride appeared, an older Nissan Sentra, a college kid’s car, driven by a young man.

Gratitude is what I felt for the absurdity of it all, for standing by palm trees waiting, for the patience with which we all stagger through the days, and for the acts of love that we encounter in unexpected places. I had no clue about the truth value of what was said in the airport. My gratitude spread to everyone alive. The fluffy clouds, the pelicans. Standing at the curb, I closed my eyes, and starships and whales and whole rivers lay down to sleep in me. Everybody’s behavior makes sense inside their vast universe. Everybody’s doing the best they can.

Here’s my version of a story that I first ran into in the Zen teacher Zenkei Shibayama’s writings.

Thank You Very Much

Once upon a time there was a young man who was deeply unhappy. He had many good things in his life but they didn’t help. When he was at the end of his tether he heard about a teacher who was supposed to be good with hopeless cases and he made the journey to see her.

“I am very unhappy,” he said. “I'm too restless to sit still and do a spiritual practice and I'm too selfish to practice compassion and service. I reach for what I want but when I get it, I'm not happy, and I', always looking out for the next thing. I don't have a clue where to turn. But I'm told that you deal with hopeless cases so perhaps you can help me. You are my last resort.”

“I’m glad you came,” she said. “I might be able to help but you will have to agree to do the practice I ask you to do.”

“Oh no,” she said, “The deal is that you agree to do what I say and then I tell you what you must do. There is no other way.”

He hemmed and hawed and went back and forth and finally surrendered and said, “OK I'll do it, but I won't do it forever.”

“I'll give you the practice I do myself. Whenever anything appears in my mind or appears in the world, I say ‘Thank you very much I have no complaints whatsoever.'”

“You agreed. For a year. Off you go now. Thank you very much I have no complaints whatsoever.”

So he left and she more or less forgot about him.

Then a year passed and he asked for an interview and arrived in her room.

“It’s as I suspected, I knew it would never work for me, I'm still just as unhappy and selfish as I ever was.”

Immediately she said, “Thank you very much I have no complaints whatsoever.”

“Thank you very much,” he told people, “I have no complaints whatsoever.” 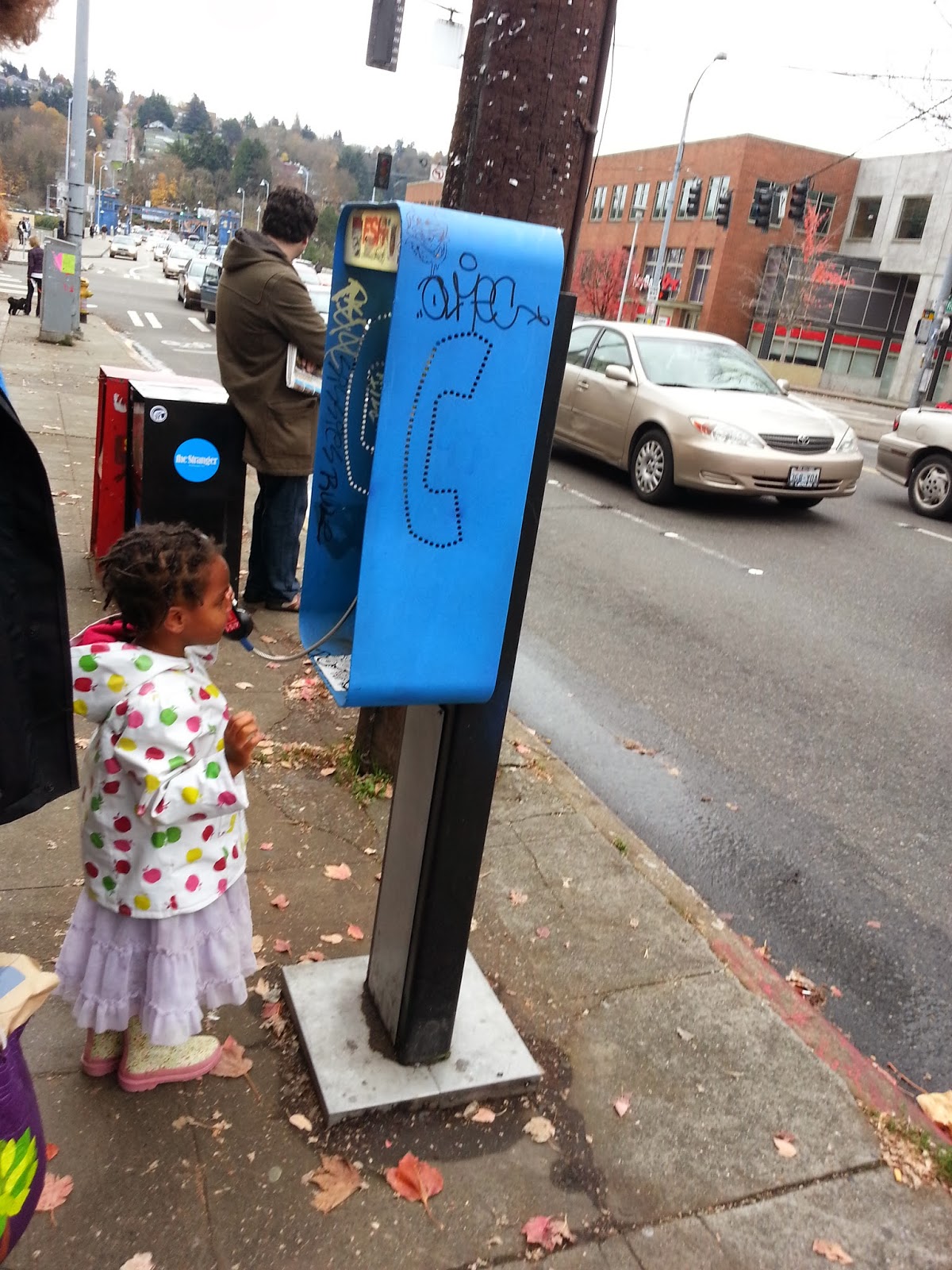 Here are some questions you can also ask yourself:

Zen 2.0 Do Try This At Home Koan Course

As part of my Zen 2.0 Project, I had been doing a course in koans privately, but I decided just to provide the course free to anyone. I'm revising the course now and will let you know when I finish it. The idea is to give you some sense of how your life can rise to meet a koan and then, well you are on the other side of a door you thought was closed.

You can also find me at
tarrantworks